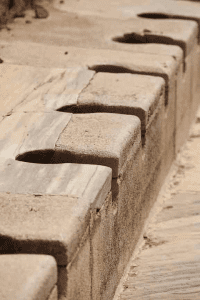 There are many human inventions that have made civilization possible. But, one of the most revolutionary creations to society is something that many people take for granted: the toilet. Indeed, the toilet is essential for society to maintain a high level of public health. Without the toilet, especially the flushable toilet, society would be radically different than it is today. Here is a very brief history of the toilet, from ancient times to the contemporary.

History of the Toilet

Anthropologists and historians have found that many ancient civilizations across Mesopotamia to the Indus River Valley and to even some parts of Europe created lavatory units in households that would capture human waste. The units would be constructed into the wall and allowed the excrement to be drained away from the household or stored in the crevices of the wall. Other societies created social gathering locations, like bathhouses, where people could relieve themselves.

Medieval times saw the creation of the garderobe, an opening in a home or royal building that would drain human waste into rivers or moats. Overall, if a person did not have access to resources like a garderobe in medieval times, they would use outhouses, built-in lavatory units inside the home or they simply would relieve themselves outside in nature.

The flush toilet, which is the common toilet unit used across the world, came into existence in 1596. Sir John Harrington in England created a toilet as a raised seat with stored water above the seat. Upon a person relieving themselves, the user could push a valve that would then release some water to drain the excrement down a complex piping system. Later, the flushable toilet would be universally attached to a S-shaped pipe to drain. This would stop odors from returning back up from the toilet.

Despite the creation of the flush toilet in 1596, most societies did not see full implementation of this complex draining device for centuries. When scientific breakthroughs and discoveries in public health became mainstream in the late 1800s, governments invested heavily in creating sewage systems in cities and other municipalities. This included mandating and popularizing the use of toilets in every home and dwelling. This coincided with the flushable toilet becoming cheaper to make and more efficient. In the span of a few decades, the flushable toilet could be found in most modern homes. Things progressed eve further in the early 1900s when toilet paper came onto the market.

Toilet companies are always improving the efficiency of the flushable toilet. This is done in regards to the water usage in relation to environmental sustainability. For example, in 1994, the US Congress passed a law that reduced the amount of water all flushable toilets could use to 1.6 gallons per flush. 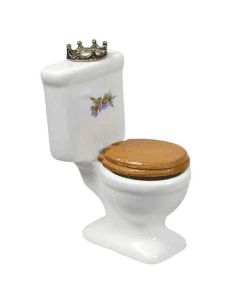 Internationally, the flushable toilet is a tool of public health, as many countries do not have access to proper sewage systems. International firms and governments continue to invest in flushable toilets around the world so people can have a better quality of life.